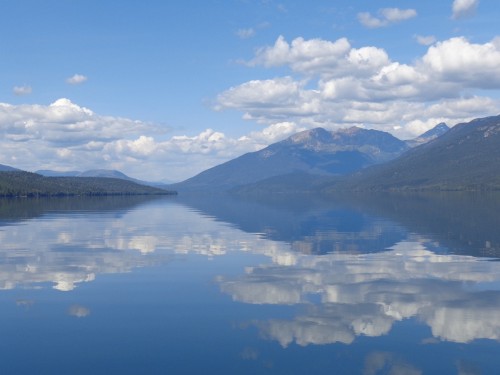 Do you dare… to sleep in bear country? It’s canoe summer at doyoudare travel blog! (What to bring for your ultimate Canoe Trip) For adventures in the great outdors I have an awesome spot to share with you: One of these days I went canoing where you can paddle right into the sky. And the best thing about it: The first two days of the route it’s an absolute beginner’s trip: No better place to take your first strokes on the water!

Paddle right into the Sky at “Canoe Paradise”

Only about five hours northeast of Vancouver in British Columbia, there you’ll find it: Canoe Paradise. You make your last stop in the little town of Clearwater, BC to get your last provisions before you enter Wells Grey Provincial Park. It’s nothing like the big ones, Yosemite, Jasper or Banff. No nice little hotels with lake view, no ice cream on the road. You might have some yogurt though, after driving the 50k from town to the end of the bumpy gravel road, in case you packed milk for your trip. The camp ground right by Clearwater Lake is the last bit of civilization before you enter this Outdoor- and Wildlife Mekka at the foot of Azure Mountain. It’s even got a little restaurant with all you can drink coffee in the morning. But don’t forget to bring a can of beer to enjoy by the fire at night: There is no alcohol available there!

Be yourself, by yourself

Even in summer, Clearwater Lake is rather a day trip destination, so as soon as you’re staying for longer, you’ll have all the beauty to yourself. For your ultimate canoe adventure, you don’t even need to bring your own equipment. Apart from canoe and water-proof bags you can rent almost anything you can imagine, from sleeping-bag to head lamps. However, it’s way cheaper to at least bring your own tent and sleeping gear and just rent the canoe and paddles for the weekend or week. And this is exactly the amount of time you should plan: Don’t go for just a day trip. One over-night stay already will give you some idea of the place’s magic. In the late morning you simply take off with the boat. In one day with average sportive speed you can make it as far as “Huckleberry’s” which is the fourth camp site on the lake. All sites come with firewood and you pay 5$ per night in advance. During the day you will meet one of the friendly rangers who not only check on your ticket, but will give you the latest news of bear spottings ’round the lake: Apart from Vancouver Island, Well’s Grey Park in on of the really guaranteed opportunities to watch black bears!

Well, of course there was no bear to be seen the whole day on the lake. Instead, we enjoyed the sunshine on our backs and the permanent feeling not be on water but right in heaven instead. Clearwater Lake truly lives up to its name. Wherever you go, you can always see right don to the ground and looking out on the open water, there is only clouds and the deep blue sky right around your boat.

But it took only about two hours, until we appeared to have arrived in the middle of a really crazy movie! We made a quick stop at one of the camp sites, called “Bar View”: White sandy beach, sunshine and party right there. We almost felt like in the Caribbean. From afar we could see two guys hanging out at the beach, sitting under a little self-built shack, enjoying themselves. Well, it was only about ten minutes until we were invited for a cool can of beer and had the most entertaining lunch break ever. Rob and Jim, who both totally looked like a mixture of Crocodile Dundee and Rambo, had set up camp for about two weeks, including a fully equipped outdoor kitchen. They have been friends for forever and told us stories from their countless trips and outdoor adventures, when they were doing wildlife documentary films for the provincial TV station. The really know everything there is to know about Well’s Grey and all the Parks around here!

Meeting another Friend? Enough wildlife for one night..!

We had so much fun together that we almost didn’t make it back on the water that day. And when we finally waved goodbye, we already had made plans to come back the next day. If only we had known what was still waiting fro us! A couple of hours later, we made camp at “Huckleberry’s”. After dinner and relaxing a little by the fire, we packed everything into the bear catches, toothpaste and shampoo included. Bears are really drawn to every strong or unusual smell and so I insisted on being extra cautious, as I already had some experiences with nightly visitors when sleeping outdoors at the beaches of Vancouver Island. Of course we felt perfectly safe.

Right when I was drowsing off to sleep, I heard it. Steps. Like human steps. I knew, there were other campers around, but they had been off to bed for quite a while already. Maybe they were just off to the outhouse? More steps, some shuffling, right in front of our tent. When someone suddenly scratched right at our thin, paper-like wall and started to grunt and growl, I almost jumped out of my sleeping-bag. Bear! With really sweaty fingers I held on to my bear spray, my permanent hiking companion. So what did Rob and Jim say? Cut yourself out of the tent as soon as the bear has gotten in, so you don’t get tangled up inside and can use the spray. Where is that frickin’ pocket knive? My canoe partner was still sleeping soundly. Time to wake him up, I thought. 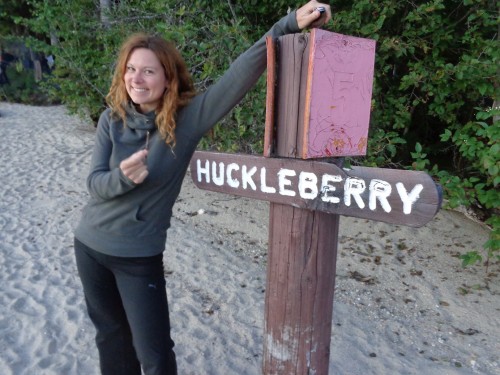 Meanwhile, the bear had disappeared, and my buddy in crime wouldn’t really believe me. But how lucky was I! The steps came back and with it the grunting and scratching. Just a sec later we heard the boy from the other tent: “Dad, dad, there’s a bear, a real bear!” We only heard the dad mumble: “Yeah, I know. Get back to sleep, we got a long day tomorrow.” How calming a dad’s voice can be. This is when I felt not only a little stupid clinging on to the bear spray for dear life.

Still, we didn’t go back to sleep until the bear finally decided to go to bed himself. No doubt we had put our tent right onto its favorite path down to the beach – at least that’s what the tracks told us the next morning. It must have been patrolling its “hood” the whole night, squeezing between our tent (where our heads were) and a huge tree, whenever it went down to the water. Enough wildlife for one night, I guess! 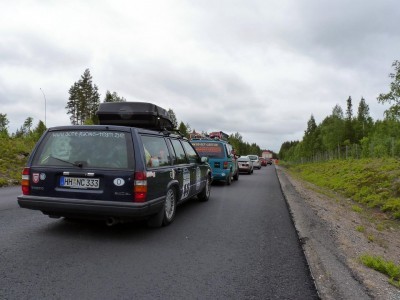