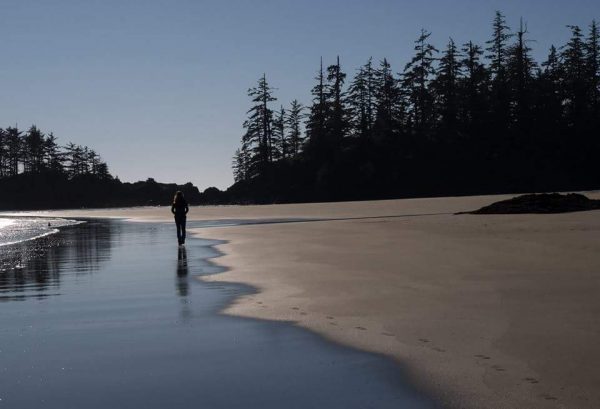 I am on the ferry from Tsawwassen to Duke Point. The sky is overcast and the hills on the horizon are hiding behind a curtain of drizzle. The ship is the main connector of the mainland of British Columbia and the beautiful stretch of land called Vancouver Island. Usually, I’d rather take the other route from the Vancouver ferry terminal going straight to Swartz Bay on the southern most tip of the island. From there it’s only a short bus ride to the province’s capital of Victoria. However today, my good buddy is going to pick me up at Duke Point in Nanaimo, a small town further north up island – the place where I literally had stranded about six years ago after my rather eventful road trip from southern Alberta in 2011.

While I’m watching the beautiful coastline of lush juniper trees and firs roll by through the mist on this two-hour ride, my mind wanders back a couple of years, when I was aboard this ferry for the first time. I was driving out from Lethbridge, Alberta with that teeny-tiny rental car that summer and really, I literally had nothing prepared for that trip: I had fallen out with the horse lady I had been working for and made quite an abrupt escape from my fourteen-hour work days piling up horse manure (something I usually don’t mind at all) – a story to be told another time. Anyways, the only plan I had on this hot day in July was to drive out West as far as the road would let me, an idea that had gotten into my head two years earlier…

Another flashback – A glimpse of the West in 2009

In 2009, I went for a short visit in the foothills of the Rocky Mountains. I had a fun day hanging out at the museum of the UNESCO heritage site Head-Smashed-In-Buffalo-Jump, where the area’s first nations had been hunting the buffalo for hundreds of years by driving them down an impressive cliff. It simply drops down in front of your feet without waring in the middle of the vast planes of the prairie and you totally see how the gigantic herd of buffalo would simply run themselves to their early deaths – literally.

When the sun was setting that day, it was unbelievable hard to turn around the car at Crow’s Nest Path to be back with my friend Mary Anne waiting for me in Clairsholme before nightfall: While I headed back to the plains of southern Alberta, all I could think of what that light, as it had filtered through the narrow valley, a colour I had seen only once before – when watching the sunset on the Dingle Peninsula in Ireland: A sunset over the plains of the endless ocean. Those of you who have been to the Pacific Coast, or the West Coast of Ireland, might know what I’m talking about. Since that day, I’m pretty sure that it’s no coincidence that so many novels and stories are told about the pull and promise of going West: I really didn’t think twice when I hit the road that summer in 2011 from Lethbridge, steering the car into the Crow’s Nest Path.

Call of the Coast: How I fell in Love with Vancouver Island

Curiously, I still remember almost every day of that two-month trip following the sunset from Crow’s Nest Path pretty well. Among these many unique memories, however, one is pretty outstanding, as it was to influence my life from then onwards in a really substantial way: the feeling when I first set my eyes on this unique place on the Western shore of Canada made me simply feel like coming home, as if that shore was waiting for my safe return – even though I had never been there before. Ever since, this island in the Pacific, which is roughly the size of Scotland, indeed has become my second home, a place that always leave me longing for the day when I’ll be able to come back, its people just as close to my heart as the Island itself. Just as the saying goes: Home is where the Heart is.

The Vancouver Island Logbook and the Doyoudare Travelblog

Starting my blog project Doyoudare in spring 2015 has an awful lot to do with my first couple of weeks on Canada’s West Coast, and especially Vancouver Island. During that summer of 2011, I did a lot of thinking on what I wanted to do with my life or rather didn’t want to do, and what direction to choose at the next fork in the road. This summer of 2017, I am coming back to the Island after more than two years of absence – the prefect opportunity to finally share some of these experiences, but also pass on as much useful advice as possible to other adventurous souls who might make it to my favourite place on this earth. I really hope, you’ll enjoy my stories, old and new, and will make good use of the bits and pieces of information on living and traveling round the Pacific Coast I can pass on to you. And maybe one day, I’d even say probably, you might fall in love with this place just like I did. See you soon in this wild and gentle land between Arcadia and the Pacific Rim!

Useful information: How to get to Vancouver Island

– you can fly directly into Victoria; however: only take this route if you have a tight schedule, as the ferry ride is the best part of your journey to the Island!

– flying into Vancouver is a pretty nice thing to do. The airport feels small and welcoming. After your arrival, you simply leave the airport through the entrance across from the welcome/arrival area. This is also where you can purchase the tickets for the Pacific Coach to Downtown Victoria:

– From Vancouver Airport the Pacific Coach offers a really neat service: They pick you up at Vancouver Airport including your luggage, will drive you to the ferry and drop you of in Victoria at the main bus station. ($CAN 55 for Adults/ $CAN 33 for Students)

– with a rental car, you can by ferry from Tsawwassen ferry terminal to either Duke Point (Nanaimo) or Swartz Bay (Victoria) as a foot passenger (between 15 to 25 $ CAN per adult, depending on the season) or with your car (an additional 57 $ CAN). Buying a return ticket right away will safe you money.

– in case you are flying into Seattle, you can take the Clipper Ferry from Seattle to Victoria Harbour; a pricey option, but worth the money. (between 95 and 109 $ CAN one way, between $ 109 and $ 159 for a return ticket.) You can travel from downtown Seattle directly into downtown Victoria. In case you’re not a Canadian or U.S. citizen, don’t forget to take care of your immigration for both countries! (e.g. for EU-citizens: ESTA to the U.S. and eTA to Canada)

I hope you enjoyed No.1 of the Vancouver Island Logbook! Next week, I’ll tell you everything about getting round the Island – how to travel by Greyhound Bus, where to find people willing to pick up hitchhikers,and how to buy your own car!

Title pic all by Lorenz Jimenez Photography. All rights reserved.

Wanna read more about Vancouver Island right away? Check out my story about winter surfing in Tofino and Ucee! 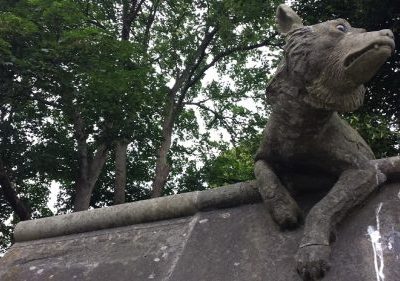 Whenever you finally get to a place you’ve always wanted to visit, you 1. spend as many days possible there and 2. try to fit in as many adventures in as you can. Without doubt you can guess what happened when I got only one day off from my work trip to spend in Wales! Here is what I came up with to savor as much Welshness as one can take in just eight hours…