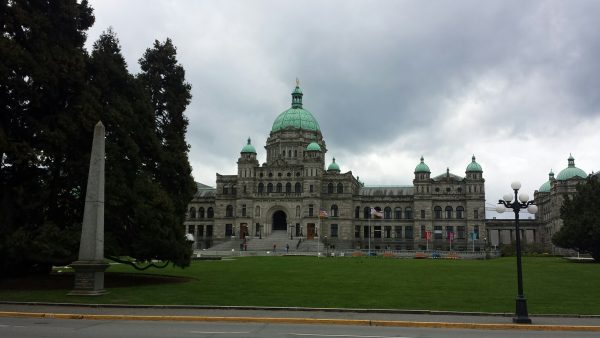 Once more, I’m on the move. It’s barely 6.30 am and I’m on the last commuter bus for today connecting Duncan and Victoria. The sun is just about to come up behind the solid black outline of the island forests, clouds crowning the hills’ heads in feathery purple. The commuter 66 is full of people on their daily way to their office job in the province’s capital Victoria. Most of them are asleep, others are staring out of the fogged windows of the bus. My actual plan was to be sitting in my brand new used car by now, enjoying the early drive along Cowichan’s vineyards and through the mountains. However, at this time of year, all the mechanics are booked weeks in advance to fix brakes, check on fluids and change tires.

So instead of breezing along on nice wheels, I had get up early, stuff all my belongings for the week in my backpack and my friend would drop me off at the Village Green Mall stop across the Superstore. It’s always a bit annoying that there is only four buses in total leaving from Duncan in the mornings, the 6.25 being the latest, doing the “milkrun” and stopping at four other intersections, before crossing the Malahat – a pass which is notorious for the number of accidents occurring in the winter time winds its way over the mountainous area between the Cowichan Valley and the Greater Victoria Area.

Getting around Vancouver Island

When you’re planning a short trip to Vancouver Island only and don’t want to bother with a rental car, you can pretty much get away with relying on the commuters, shuttles and the Greyhound system. And this is how you do it.

In case you’re coming from Vancouver International Airport (YVR), your best option is to get on the Pacific Coach that will take you and your luggage not only to and on the ferry, but will drop you off right in Downtown Victoria. (For more information see the Vancouver Island Logbook #1)

From Victoria International Airport (YYJ), you can simply hop on the Airport Shuttle, which will take you to downtown for about 25 $CAN until half past midnight.

Mind you, there is another small airport further up Island. The Nanaimo Airport offers daily flights to Vancouver and even Alberta Province, but apart from an on-demand shuttle, there is no public transport from and to the Nanaimo Airport. From here, you might want to think about getting a rental car to get around.

Though somewhat costly between Victoria and Duncan, (between 18 and 25 CAN$ depending on the time of day), the price-distance ratio of the Greyhound is pretty good for longer trips up north – especially when you take the bus all the way to Port Hardy (northern tip) for about 95 $ CAN or Tofino (western shore) for about 65 $CAN. The nice thing about the Greyhound is the free WiFi. Also, you can charge your phone and tablet on board and there even is a little washroom in the back of the bus. If your destination is Tofino, there is an alternative bus running throughout the summer. The Tofino Bus picks you up anywhere on the Island to bring you to Canada’s beautiful beaches on the Pacific Ocean. (From Vic to Tofino the fare is $ CAN 69).

For the one-hour ride between the Cowichan Valley and Victoria, however, there is a way cheaper alternative for you: The price of the Duncan 66 commuter is second to none (8 CAN$), especially compared to Greyhound connecting Vancouver Island from north to south. So, it is worth it to get up early and catch one of the four commuter buses leaving Duncan in the morning. Also, the commuter makes its way back in the afternoon, though it’s leaving rather a little too early for regular work schedules on campus (from Victoria the 66 leaves at Government and Superior, all in all four buses from 3.45 pm and 5.15 pm). The other two commuters out there are probably only relevant for day-trips for you: Commuter 99 connects Cobble Hill and Shawinigan Lake and the Greater Victoria will take you from Victoria downtown to Goldstream Park where you can go for a hike – an affordable and fun way to spend your weekend.

Getting around in Victoria

Getting from A to B in the city itself is pretty easy. The bus system is working smoothly and for 5 CAN$ you get a day ticket to travel all over town. (BC Transit website) Also, you’ll always find a cab around, especially when going out at night. In case you’re staying downtown where most of the hostels are located, you can even walk most of the city easily and explore BC’s capital at your own speed.

Getting around in Duncan

What works in Victoria, however, for sure doesn’t work in Duncan. From the Greyhound stop at Green Village Mall, you can walk around town and get to almost all stores and cafés. (I recommend my favorite place with great coffee and awesome food, the Duncan Garage, 330 Duncan St.)

Visiting friends who live in one of the smaller communities outside Duncan or going for a walk in Glenora Trails Head Park (it is part of the Cowichan River Provincial Park) is another matter. In case you are fit at cycling that’s a really good option to be mobile around town and it’s probably worth it to buy a bike: The rentals around here usually are tailored for mountain biking and rather pricey.

Apart from walking and going by bike, there is only so much you can do about mobility around Duncan. There is taxi services around Duncan you can call, but, mind you, this is what the locals usually think about people in a cab in Duncan:

Option (a) It’s past 10 pm on a Saturday night. You haven’t really planned ahead and had a couple too many at the Brew Pub in town or at the Black Swan in Shawnigan Lake. You couldn’t get hold of anyone to pick you up (cause all of your friends were with you at the Pub) and so you did the sensible thing and called a cab.

Option (b) It’s any other time of day and you’re in a cab in Duncan. You probably lost your license on one of these Saturday nights and didn’t do the sensible thing. Or maybe your vehicle just broke down. Poor you! But, why isn’t anyone picking you up, then? Maybe you don’t have any friends. And: Do you even HAVE a vehicle?!

Option (c) You’re just a stranded tourist who doesn’t know a soul around the Cowichan Valley. However, as there usually aren’t any tourists in Duncan, highly unlikely. Brings everybody back to option (b)…

You get the idea about getting a cab around Duncan. So if your’re like the Cowichan Valley, you might wanna make good friends to show you around. And in case you are coming to the Cowichan to stay and are not the best cyclist in the world (like me) there is no way around it: You need a vehicle!

Did you enjoy the article?

Don’t miss the next post in the series: The Vancouver Island Logbook #3 – How to get around when you stay: Get a vehicle!

Read more in this series:  The Vancouver Island Logbook #1 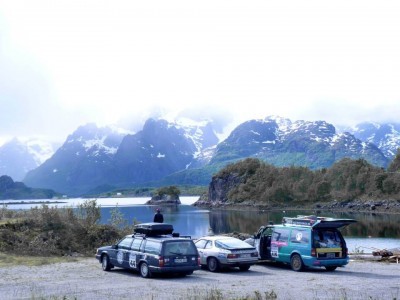