Last week I had a really eye-opening conversation. “Soooo- you won’t be traveling for some time any more now?” a friend asked me, after I told him about my new job in Hamburg. “But,” I replied indignantly, “I haven’t been traveling for almost a year now!” Or at least I thought I hadn’t.

(Read about my quite eventful summer of traveling round a still border-free Europe and see for yourself!)

But taking a closer look I realized: I had been traveling. A lot. But I never packed my passport (my regular I.D. card is good enough round the European Union). I never applied for a visa. I never had to pass time waiting at the border. I mostly used one currency (Euro). And I rarely had to make the effort to  learn the basics of a new language: I found my way by just using English, sometimes even German.

Today, I can spontaneously hop into my car in the middle of the night and drive straight to Rome. Or Warsaw. Or Helsinki. Only stopping for gas.

No wonder, you easily forget that you have actually been “abroad” when going from one country to the next. When you live in the middle of Europe and you don’t make it out of the European Union, it truely can feel as if you haven’t traveled at all. But this is not because each and every country here is just the same. And it is not because these countries have lost their national identity – On the contrary! Culture in Germany, Spain, and Malta couldn’t be more different and the idea of the “nation” as your home and home country is maybe more alive now than ever. However, it is because of the political will of all these countries to create something bigger – to overcome the disjunctive side of nationalism and with it Europe’s history of conflict and separation.

The character of the “nation” in Europe without doubt has changed, changed in a way that gives everybody in these countries a similar feeling of “togetherness”. Maybe we don’t feel like European citizens (yet), but we don’t feel like from different planets anymore, either. Today, I can spontaneously hop into my car in the middle of the night and drive straight to Rome. Or Warsaw. Or Helsinki – only stopping for gas. This luxury is something us Europeans should appreciate more – before throwing away the Schengen agreement due to the irrational fear of being drowned by never ending waves of refugees.

(On the night train from Vienna to Hamburg I shared a compartment with Amina from Syria. You can read her story right here.)

What I did this summer and what you can read on my blog soon!

This summer I breathed and lived so many different Europes: Hipsters in Prague, family-life in Switzerland, policy consultancy in Vienna, refugees in Stockholm. I felt constantly on the move and in the middle of so much happening around me. I took countless different writing jobs from boulevard to tourism, traveled almost three thousand Kilometers to and from job interviews and finally got to know my long-time friend’s baby boy in Bern. (Switzerland remains one of my favorite destinations to just grab your backpack and boots and go. So many rivers, valleys and peaks to explore – you’ll never run out of new spots to discover. You won’t have to wait too long for my article about the great hikes around the the “Three-Lakes-Country” round Bern)

Now, daring a peek at my summer bucket list, I can proudly say that I got six out of ten, my canoe trip to Sweden among the ultimate highlights. But there were so many other wonderful, sometimes distressing, sometimes intriguing, things going on which I could never have planned. Like my job for Beachinspector. The tourism start-up from Berlin sent me to the Spanish island of Gran Canaria to write about beaches. Clearly one of the my future favourites on my cv! But even here, in the middle of the Atlantic, I could feel the convulsions of Europe’s “refugee crisis:” Gran Canaria has been taking in people from North Africa for decades now – only that no one has ever given it much thought before. (Wanna know what this job was all about? Read the my Beach Diaries…)

Looking back at this summer I can only say: What a blast! Malta, Austria, Switzerland, Denmark, Sweden, Spain (Gran Canaria), and finally Czechia… All in all I’ve been to seven countries other than Germany without even really noticing. Time to realize: Such a thing can only happen in a Europe without borders. 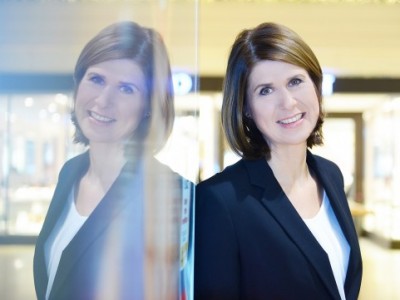